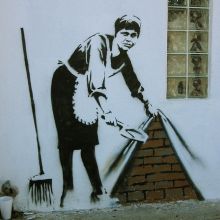 It’s tradition – you perform a Western blot to observe the expression pattern of your protein of interest. Then, you also probe for housekeeping genes to prove that any changes you see are not due to loading inconsistencies nor a lack of protein in a lane. Your housekeeping gene blot gives you a nice, robust signal. You’ve proved your point and you move on to other experiments.

But is this result really valid and useful? Some may say it isn’t…

What are housekeeping genes?

Housekeeping genes are so-named because they express proteins whose functions are for maintenance of basic cell functions. They are believed to be constitutively expressed with few alterations in expression pattern.

They seem like they should be good controls, but there are some major reasons why housekeeping genes can give you trouble.

You’ve been given the standard sales pitch – housekeeping genes are ubiquitously expressed across cell types and their expression patterns don’t change.

This is true….except when it isn’t.

Housekeeping genes are usually expressed quite regularly and often are not changed by treatment protocols. But this isn’t always so.

A look at PubMed shows you that spinal chord injury affects beta-actin expression but not beta-tubulin. Or that housekeeping gene expression can change during development. Infection by viruses (a common method for delivering exogenous genes) can also alter housekeeping genes.

The lesson is, you have to be very careful when choosing a housekeeping gene as a control, and make sure your conditions and treatment protocols do not alter it’s expression. You are going to have to do some test blots and maybe try a few genes before you find the one that works for your experiment.

You should always go with the strongest signal

It can be very satisfying to probe for a housekeeping gene. The result is usually a very dark band with minimal fussing to make it work. And the antibody cost won’t make your PI gag on his morning coffee.

While very nice to look at, strong signals can signal a problem for quantitation. If your signal is too bright, you run the risk of oversaturation. Your bands won’t be in a linear range making quantitation impossible.

Since housekeeping genes are usually abundantly expressed (while your protein of interest isn’t) it is difficult to run one gel and successfully probe for both. And running two gels with two different amounts of protein ruins the concept of “in-lane normalization.”

If you are going to use a housekeeping gene, you need to find one that has an expression level that is similar to your protein of interest.

The technical difficulties can stump you

If you find a housekeeping gene that doesn’t change expression throughout your experiment, and it’s expression level is similar to your protein of interest, then you have one more hurdle to overcome: is the housekeeping protein’s molecular weight an issue?

If you were to design the perfect circumstances for your blot, then your housekeeping gene protein product would migrate sufficiently far from your protein of interest so that you could probe the two sections of the blot independently.

But how often does that happen? Not often enough in my experience. So you are left with two choices:

Stripping and reprobing a Western is not a good way to obtain highly quantitative data, and I wouldn’t recommend it.

Use a fluorescent Western

Fluorescent Westerns are ideal. And if you have them already up and going in your lab, they should be your choice. But if you are not used to doing them, it will take a bit to get them going.

So what is a good researcher to do when a compatible housekeeping gene can’t be found? Stay tuned – in a couple of weeks we will talk about total protein normalization.

Photo courtesy of one-11.