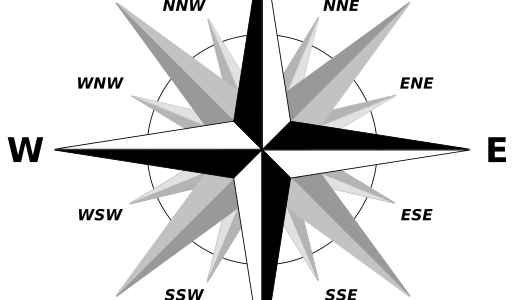 Back in the 1970’s, Edwin Southern came up with an ingenious method to study DNA fragments. By integrating three key innovations – restriction enzymes, gel electrophoresis and blotting techniques he greatly increased the speed and simplicity of this process. As a result, the Southern blot was named after the man that started it all. Continuing with the coincidental compass theme, the Nothern blot – RNA detection and western blot – protein detection soon joined the blot family.

Southern, Northern, and Western blots all use the same principle. DNA, RNA or protein molecules are separated by size using gel electrophoresis. The separated molecules are then transferred to a membrane and detected with a specific probe. These three methods are the cornerstones of molecular biology, but we bet you don’t know about all their modifications!

Let’s not forget about the fourth and a probably most controversial cornerstone of the molecular biology compass. Eastern blotting is used to detect post-translational protein modifications such as lipids, phosphomoieties and glycoconjugates. After transferring your proteins to a membrane, the post-translational modification of

interest is detected with a specific probe. We’ll leave it up to you to decide if this is a unique technique or just an extension of the western blot.

The southwestern blot is a technique which involves identifying and characterizing DNA-binding proteins by their ability to bind to specific oligonucleotide probes. DNA

binding proteins are separated by gel electrophoresis, transferred to a membrane and probed with a labeled DNA of interest.

The northwestern blot is used to detect interactions between RNA and proteins. RNA binding proteins are separated by gel electrophoresis, transferred to a membrane

and probed with a labeled RNA of interest.

Far-western blotting is a method used to study protein-protein interactions and is based on the Western blot. Post electrophoreses and transfer of the proteins to a

Japanese scientists have proposed and named (did you get it?) this method for the analysis of lipids separated by high-performance thin layer chromatography. The lipids are

transferred onto a PVDF membrane for evaluation.

Where will your membrane travel next?

As you can see, despite their punny names, all these methods are quite simple in principle. If your lab only runs westerns, shake up your routine by taking a detour on

a road less traveled. Who knows, you may learn something new about your favorite protein.